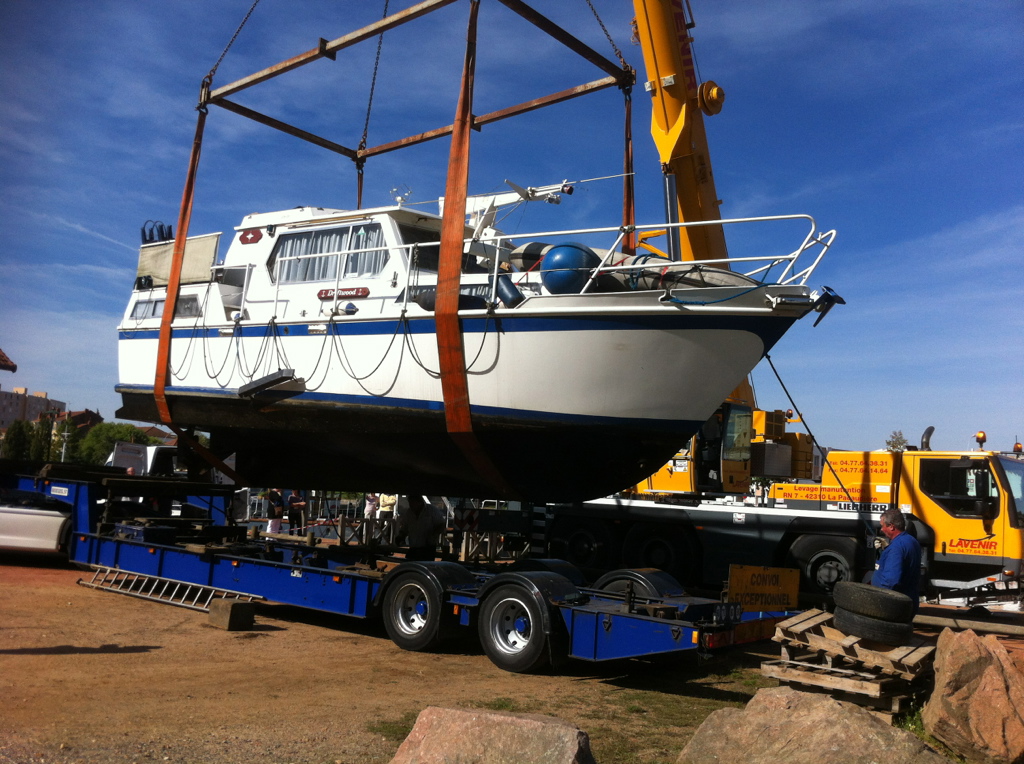 I’ve mixed emotions about bringing Driftwood home to Ireland, but we had to make a decision one way or another. We’re both in Ireland full time and only getting out to the boat for two weeks twice a year if we’re lucky. Driftwood was becoming very neglected. Looking after a boat is expensive at the best of times but when it’s hundreds of miles away in another country it becomes even more difficult.

The alternator had died and I couldn’t find a replacement in France. The French were not impressed with an alternator with imperial nuts and bolts on it. They thought it was something from the stone age and wouldn’t even try a repair. Doing almost any work on Driftwood while she was not at home in Ireland was becoming very difficult as well as expensive.

Then the paint work had gone very shabby and it needed a big paint job to get things right. On top of that we needed to replace the carpets as well as the upholstery too. Trying to do all that on your holidays is not a holiday.

So in September 2012 we put Driftwood on a truck. You will note that having sailed Driftwood over to France from the River Shannon in Ireland four years previously I wasn’t prepared to repeat the experience a second time. Thus proving that wisdom comes with age.

Now we will have you know that we took full advantage of the cheap price of wine in France. In fact we had the boat so full of wine the truck driver asked us for a letter to show to the Irish costumes informing them that it was all for our own consumption!

So Driftwood was loaded onto a truck in the port of Roanne on a Thursday morning and on the following Saturday evening she was launched at Jamestown Marina on the River Shannon. Welcome home Driftwood, and so begins another chapter.